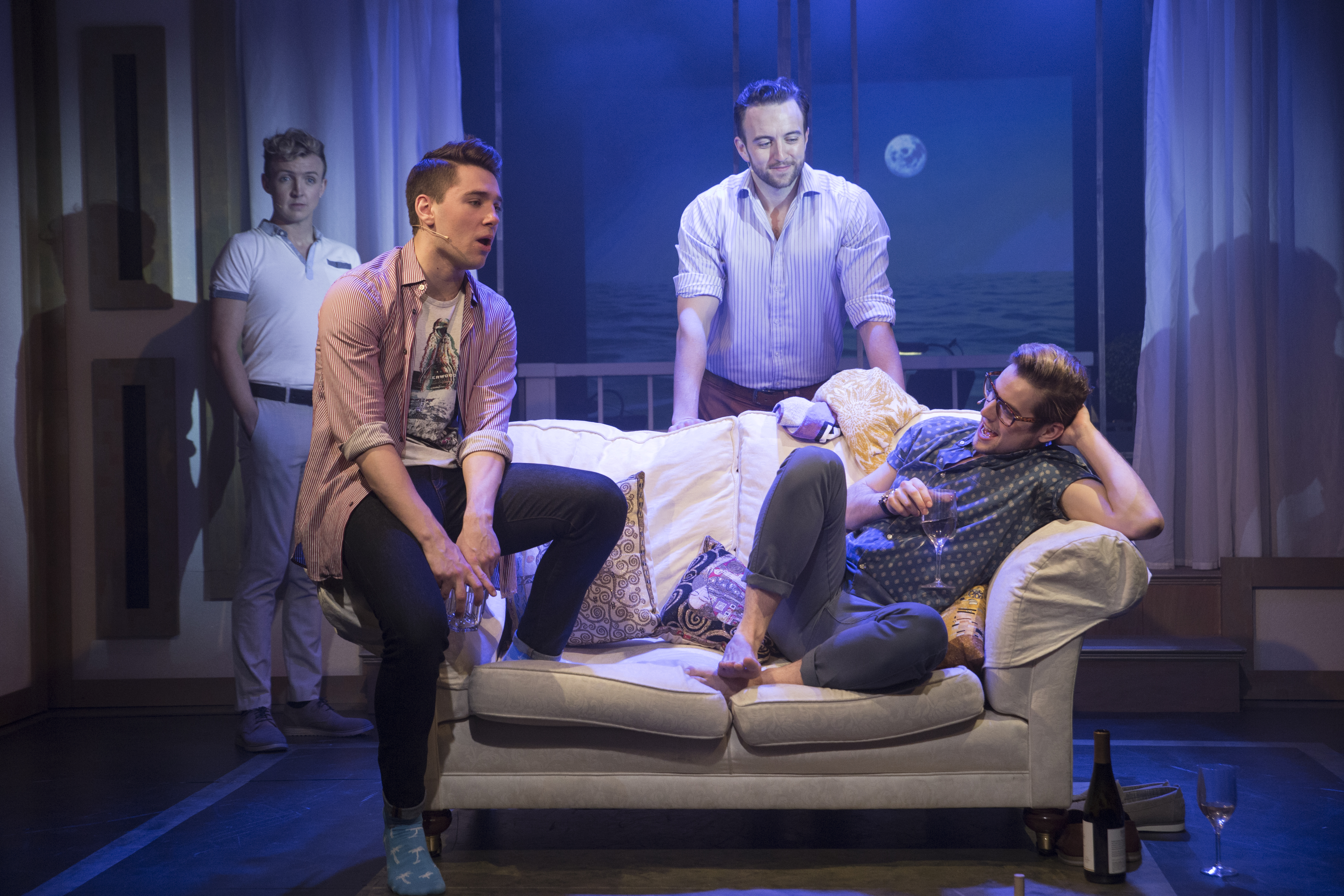 “Played with sexy, macho, virility and a charming baritone by Blair Robertson”

“As for performances, the first half sees Robertson shine, with chemistry aplenty, powerful vocals and superb comic timing.”

“The vocals of Blair Robertson are a sight, and sound, to behold and really make the act” 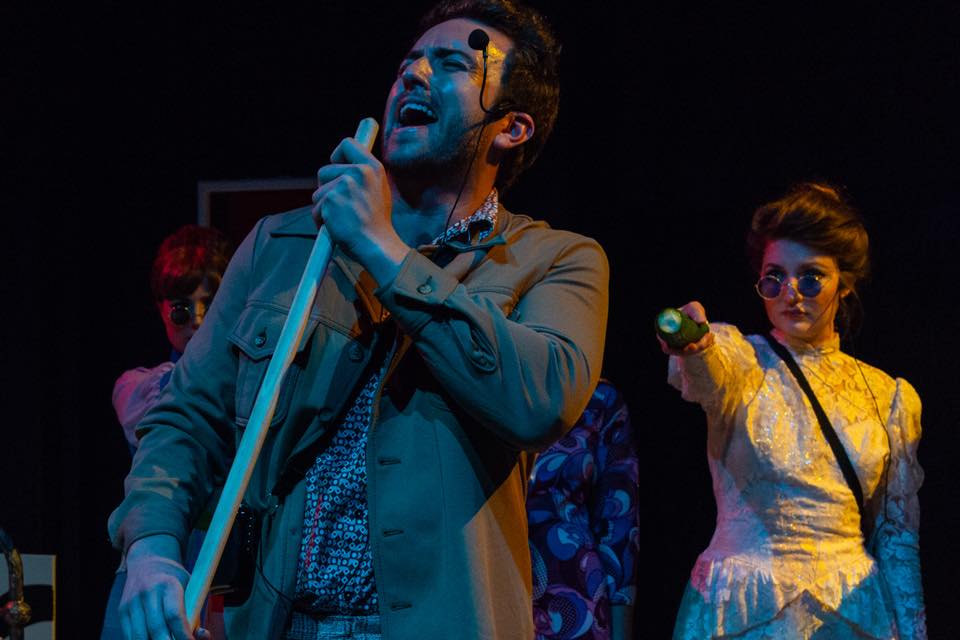 ★★★★ The Stage “…a convincing portrayal of a sinister rock icon by Blair Robertson as Max.”

Annie Get Your Gun 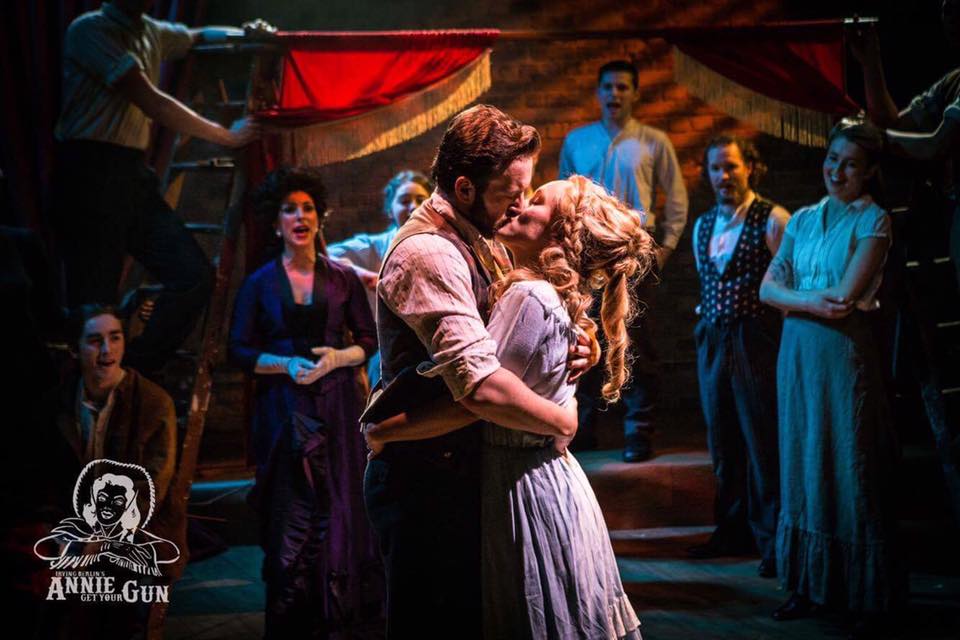 ★★★★ The Stage “Smooth-voiced Blair Robertson is indeed “Wonderful,wonderful”, in every way” 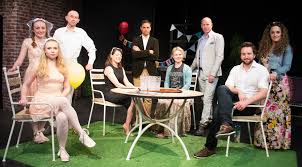 ★★★★★ British Theatre ” It is one of the production’s many masterstrokes to have the trained singer, Blair Robertson, take the central role of Charlie Conrad: a media invention, a non-entity in his own right, a man who has had fame thrust upon him for being a perpetual loser, preternaturally inept, ignorant and careless of his own limitations, who is given by Ayckbourn terrifyingly long speeches of seemingly meandering inconsequentiality. In lesser hands, this character would just disappear into a puff of inanity. But Robertson knows what to do with the part: he treats the character’s speeches like endlessly turning and rotating Handelian or Mozartian arias, where melodies are splintered into their constituent fragments, which are then pored over, sifted, examined, sorted, and packed away with cool yet humanely compassionate care. Thus, he endows the character with intelligence to counter-balance his striking physical presence and makes the audience believe that this person can be both (a) popular in the public eye in the story and (b) the central point of this lengthy drama.” 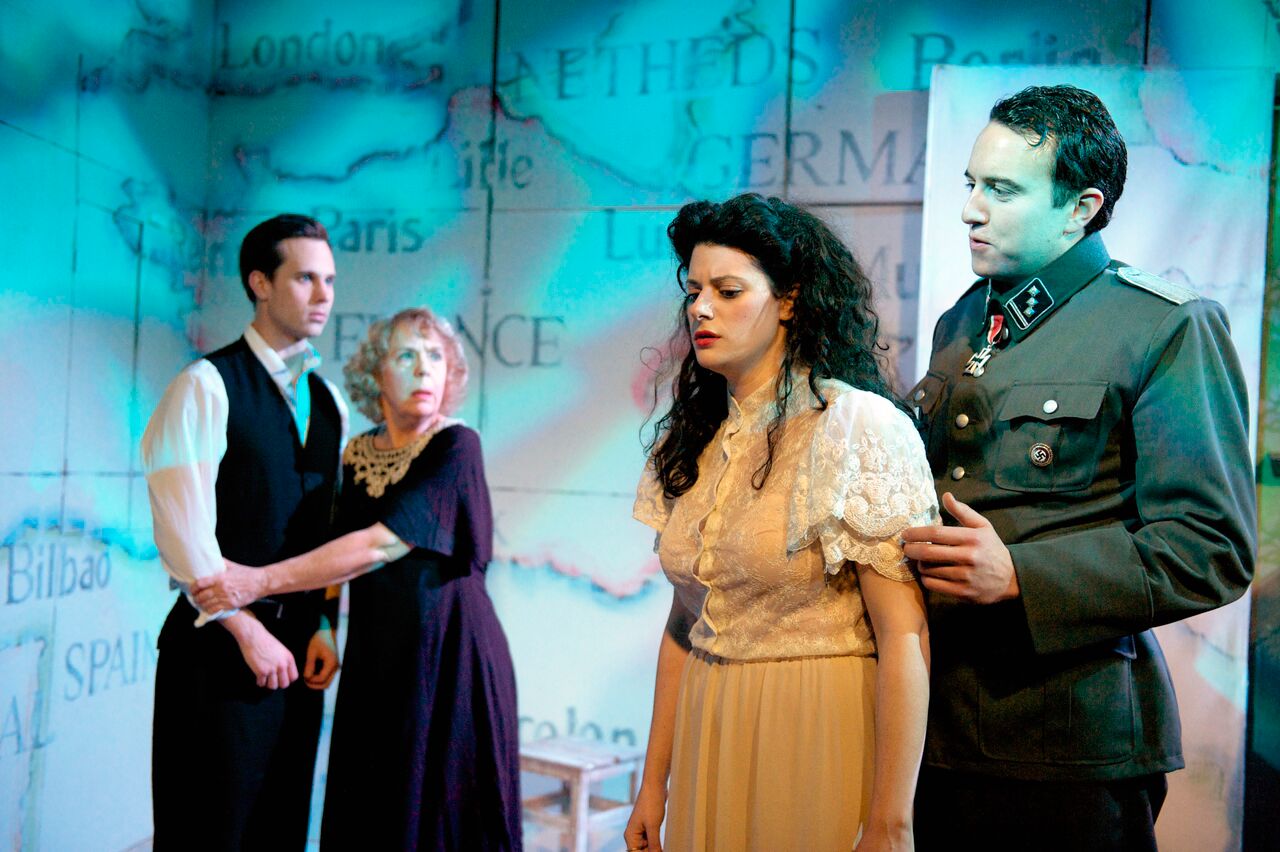 ★★★★★ British Theatre “Blair Roberston opts for the Ralph Fiennes approach to playing ruthless, murderous Nazi villains: his SS Captain is all perfect, cut-glass, pronunciation and silky steel determination. His brutal murder of the fur-coat wearing Jewish woman he chances upon on a train was all the more shocking given his rakish charm”

★★★★ Sunday Express “A grand achievement for this cheeky and dark-humoured gem. Surprising and sumptuous at the hands of Southerland and Tarento, it certainly was worth the three decade wait”

★★★★ Grumpy Gay Critic “The great Tarento/ Southerland combination has found another little treasure from hidden Broadway and made it a triumph… totally unexpected, full of wry humour and heartbreakingly beautiful”